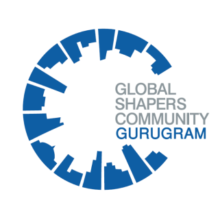 Our outreach partners for this campaign was One Future Collective

What is Domestic Violence?

Violence against women & girls manifests itself in many different forms. We asked our community in India – what is domestic violence? Here’s what they had to say.

According to UN, Domestic violence is defined as a pattern of behavior in any relationship that is used to gain or maintain power and control over an intimate partner. Abuse is physical, sexual, emotional, economic or psychological actions or threats of actions that influence another person.

What are the signs of domestic violence?

Did you know domestic violence is not only inflicted physically but also in many other forms. We interviewed members of our community to get a glimpse on what the signs of domestic violence looked like to different people.

These following are the signs of domestic violence

Please note: this is not an exhaustive list but only suggestive. There are many more signs of domestic violence, subject to the situation the victim is in.

What is the percentage of women who experience Domestic Violence in India?

Domestic violence is amongst the most under reported crimes in India. Unless we acknowledge that such crimes must be addressed, our society will only fall back on finding solutions to such heinous crimes of abuse against women.

What are the necessary steps you would take to help the person being abused?

The first step to being a responsible community member is to extend a helping hand to someone in need. While there are many underlying reasons to victims in India being afraid to take action against their perpetrators, we as members of the community must reach out to those we know need us! Be it through emotional or physical support! Hear what some of our NariShakti friends had to say on this.

Some ways to help a victim in need are:

Has Covid-19 increased the risks of violence against women?

While some saw COVID impacting employment, livelihoods and the global economies, what many of us did not see coming was its impact on domestic violence. With many countries under complete lockdown, people were forced to stay at home. The risks of intimate partner violence soared due to increased stress and frustration levels. In such cases, research showed that men resorted to inflicting their spouses with physical, mental and emotional abuse amongst other forms! Our community members had varying opinions on whether COVID increased the risk of violence against women or not.

Which are the top three states in India with the highest cases of domestic violence?

Often, external factors such as per capita income, poverty, stress, law and order, education, quality of life, etc are seen as contributing factors to domestic violence. In India, it is not a hidden fact that states where the aforementioned factors are most prevalent also have the highest levels of domestic violence. What we need, is strict law and action in place, where perpetrators fear the penalty of committing such heinous crimes.

Uttar Pradesh, New Delhi, and Maharashtra are top three states in India with the highest cases of domestic violence

What percentage of women who experienced domestic violence have never reached out for help?

Many women are still afraid to speak up on domestic violence due to varied reasons such as family pressure, fear of losing a child’s custody, being ostracized from society and others. Women in India still do not feel safe to reach out for help and certainly, this must change! Unless we speak up and punish the culprits, the crime will continue to take place, putting more women at risk!

About 86% of women who experienced violence never sought help, and 77% of the victims did not even mention the incident(s) to anyone.

What percentage of women in your opinion reached out to the legal authorities for help and reported DV?

Despite being the 5th largest economy in the world, India still lags in providing protection to women when it comes to law and order. Loose vigilance and a lax justice system are our biggest hurdle. It takes years for a case to even reach the court hearings! We must stand up for our rights! Women’s protection is at the core of gender equity and the need for an hour for any country to progress. Our system must change and provide our women with a sense of safety to be able to easily reach out for help to legal authorities.

Among the 14.3% of victims who sought help, only 7% reached out to relevant authorities.

Why do you think women are afraid to speak up or report DV?

We asked our fellow community members, why they think women are afraid to speak up and the answers are an eye-opener for our society! Despite living in the 21st century, it is appalling that our women still feel unsafe to discuss a crime they have been the victims of!

Do you know what is the Sexual Harassment Act in India?

Knowing an act exists for protection against Sexual Harassment at work is not sufficient to provide protection to women. What we must do is educate and make ourselves aware of what the Sexual Harassment Act in India entails. It is imperative to know our rights and how the legal system supports victims and survivors.

Do you know if India has ratified the International Labour Organization’s treaty on new global standards to prevent and respond to violence and harassment in the workplace?

The International Labour Organization (ILO) adopted a ground-breaking global treaty on 21st June 2019, to improve protection for workers facing violence and harassment. While India is a member of the ILO, it is unfortunate that we have yet not ratified the treaty.

To learn more about the treaty, read here

How many women in India, on average have faced sexual harassment at work?

Working professionals on an average spend half their day at work. If employees are not provided a safe environment to work in, it can have a ripple effect on the their well being. Unfortunately, in India Sexual Harassment at work has been on a rise since 2014.

There was a 54% Rise In Sexual Harassment Reported At Workplaces Between 2014-17.

How many women do you think did not report sexual harassment by superiors because they feared the repercussions?

Fear is not the answer to any crime. Women should not fear reporting a crime they have been a victim of. We must speak up and we must stand up for our rights and for justice! By deciding to remain silent, victims end up providing leverage to the perpetrator to harass and victimize other employees.

As many as 70% of women said they did not report sexual harassment by superiors because they feared the repercussions, according to a survey conducted by the Indian Bar Association in 2017, of 6,047 respondents.

Did you know the Ministry of women and child development has set up an online complaint system for the registration of complaints?

Many amongst us are not aware of the wonderful steps our government has taken to provide easy access to lodge complaints on Sexual Harassment at work.

On July 24, 2017, the Ministry of Women and Child Development launched the SHe-Box: an online complaint system for the registration of complaints related to sexual harassment at the workplace. This can be used by employees of the government and private sectors.

Where to seek help from?

Domestic violence or abuse can happen to anyone. You do not have to wait for an emergency situation to find help. There are several ways to lodge a complain and seek guidance.

Victims of domestic violence are generally very anxious. Women may hesitate to meet a counsellor or therapist. In such situation, they can reach out to women’s help groups. Global Shapers Gurugram also participated in Tweet Chat with Restless India along with other organizations like Breakthrough, Jhpiego, Mash Projects, Pravah, Nishtha, and The YP Foundation.